Drivers who use mobile phones behind the wheel or fail to wear their seatbelt will soon be caught by a special van.

The new van packed with detection equipment is being used England’s motorways and major A-roads in a bid to tackle those who drive dangerously. The cameras are being used as a research problem to allow police to learn the true extent of the problem and warn offenders of the risks involved.

The ‘sensor test vehicle’ is equipped with multiple cameras which can record footage of passing motorists. Images captured by the cameras are then processed using artificial intelligence (AI) to determine if motorists were using a handheld mobile phone and if drivers and passengers were without a seat belt. The van is also capable of being kitted with additional technology to detect tailgating offences, although this system does not form part of the latest trials which are being carred out in Warwickshire.

READ MORE: Taxi driver suspended for failing to report crash and have car checked for damage

The vehicle, which will be stationary at the side of the road while in use, is being trialled over a period of almost three months. A previous trial using a fixed camera on the M4 in Berkshire last year detected nearly 7,000 people failing to belt up and over 25,000 drivers holding their mobile phone in just six months.

Those caught offending during this trial will be sent warning letters in partnership with the police force, informing them of the dangers of their actions. They will also be reminded they could be fined up to £500 for not wearing a seat belt in addition to penalty points. Drivers will also be asked to complete a short survey which will be used to inform National Highways’ research. Using the technology in a van will allow National Highways to test it across different types of road to better understand driver behaviour across the network.

National Highways Head of Road Safety Jeremy Phillips said: “Safety remains our top priority and we want everyone to get to their destination safely. Sadly, there are still drivers who do not feel the need to wear a seatbelt, become distracted by their phones or travel too close to the vehicle in front. We want to see if we can change driver behaviour and therefore improve road safety for everyone. Our advice is clear; please leave enough space, buckle up and give the road your full attention.”

Government figures show that there were 420 collisions on British roads in 2019 in which the driver was using a mobile phone at the wheel. The latest road casualty statistics for 2020 show that 23% of car occupant fatalities in reported road collisions were not wearing a seatbelt.

Dr Jamie Uff, Technical Director – Strategic Consultancy, Transportation, AECOM, said: “Despite the often-reported dangers of distracted driving and failing to wear seat belts, the numbers of people killed or seriously injured as a result of these behaviours remain high. The technology AECOM is deploying makes detection straightforward and is providing valuable insight to the police and policy makers on the current level of road user behaviour. We are really keen to use this equipment to raise awareness and help improve road safety for all.”

RAC head of roads policy Nicholas Lyes said: “For several years the RAC has been urging the Government to explore how camera-based technology could reduce the scourge of drivers who put others at risk by using handheld phones while driving. What’s more, 79% of drivers we surveyed support the introduction of this kind of technology, with a clear majority (52%) strongly in favour of this happening. We’re extremely pleased to see National Highways and Warwickshire Police working together on this, and very much hope other police forces follow suit in a bid to make our roads safer.”

Around 25% of road deaths were linked to not wearing a seatbelt in 2018. In the same year, 117 people were killed or seriously injured in a collision where the driver was found to have been distracted. A recent trial of new static road side tailgating cameras on a stretch of the M1 captured 60,343 occasions of vehicles driving too close, in just one year.

Reasons To Use Window Shutters

Reasons To Use Window Shutters 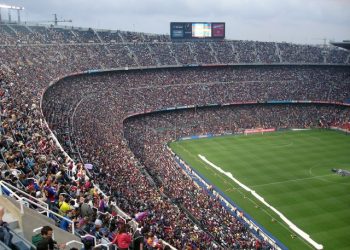